Based in Sparta, Michigan, Good Fruit Storage, LLC was in the process of expanding of its cold fruit storage space in 2020. Windemuller worked with Ecojiva – a Michigan company that provides photovoltaic solar energy solutions for agriculture, commercial, and industrial enterprises – to install and connect new solar panel arrays capable of meeting the power needs of the site.

Good Fruit Storage, LLC is a collective of farmers and individual growers in the Sparta, Michigan area that collaborate with one another to achieve quality cold storage solutions for their fruit crops. In 2020, the cooperative needed to expand its cold storage facility by 100,000 square feet. In turn, that expansion forced an upgrade of the facility’s power infrastructure, which has long depended on solar energy to generate the electricity necessary to power the facility. Windemuller worked with Troy-based solar company Ecojiva to install a new 300-kilowatt solar system that could power the expanded cold storage facility. The job involved hooking up 223 kilowatts of pre-installed panels on the ground, as well as installing and hooking up an additional 80 kilowatts of solar power between a pair of rooftop installations. This project navigated through several design iterations to accommodate the new construction, which made it difficult to move forward as quickly as expected and caused delays to the overall timeline of the job. Agricultural entities are not subject to the same permitting requirements as other types of businesses, which meant that this particular property lacked good documentation of past installations as well as other key details that could have helped map out the project more effectively.  Due to that factor and coordination with the building expansion design staff, our team had to take on extra work that hadn’t been anticipated when the project started.

For instance, because there were no drawings available the original design did not anticipate some site conditions, so our workers found themselves having to remove and reroute old conduit before they could proceed with the rest of the project. This was not part of the initial expectations for the job, but surfaced on day-one as an essential pre-work step, adding more than a week to the project timeline.

Another key difficulty was the lack of existing safety protection available on the rooftop spaces where our teams were installing the new solar panels. The two buildings in question had no safety systems in place on their roofs, which was where we had a large amount of work mounting solar panels for this project. With the lowest part of the roof still a 26-foot drop to the ground, it was essential to the safety and wellbeing of our workers to install fall-protection systems on the rooftops before work commenced. This step also added time to the job.

Finally, the layout of the facility created a challenge due to the distance between the rooftop-mounted solar arrays and the inverters needed to convert the sunlight they capture into electricity. Our team had to run conduit down from the roof, through the buildings, and underground over to the spot where the inverters were located. That connection involved a roughly-700-foot run of power, which constituted its own significant challenges and labor needs. 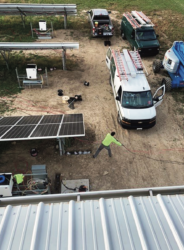 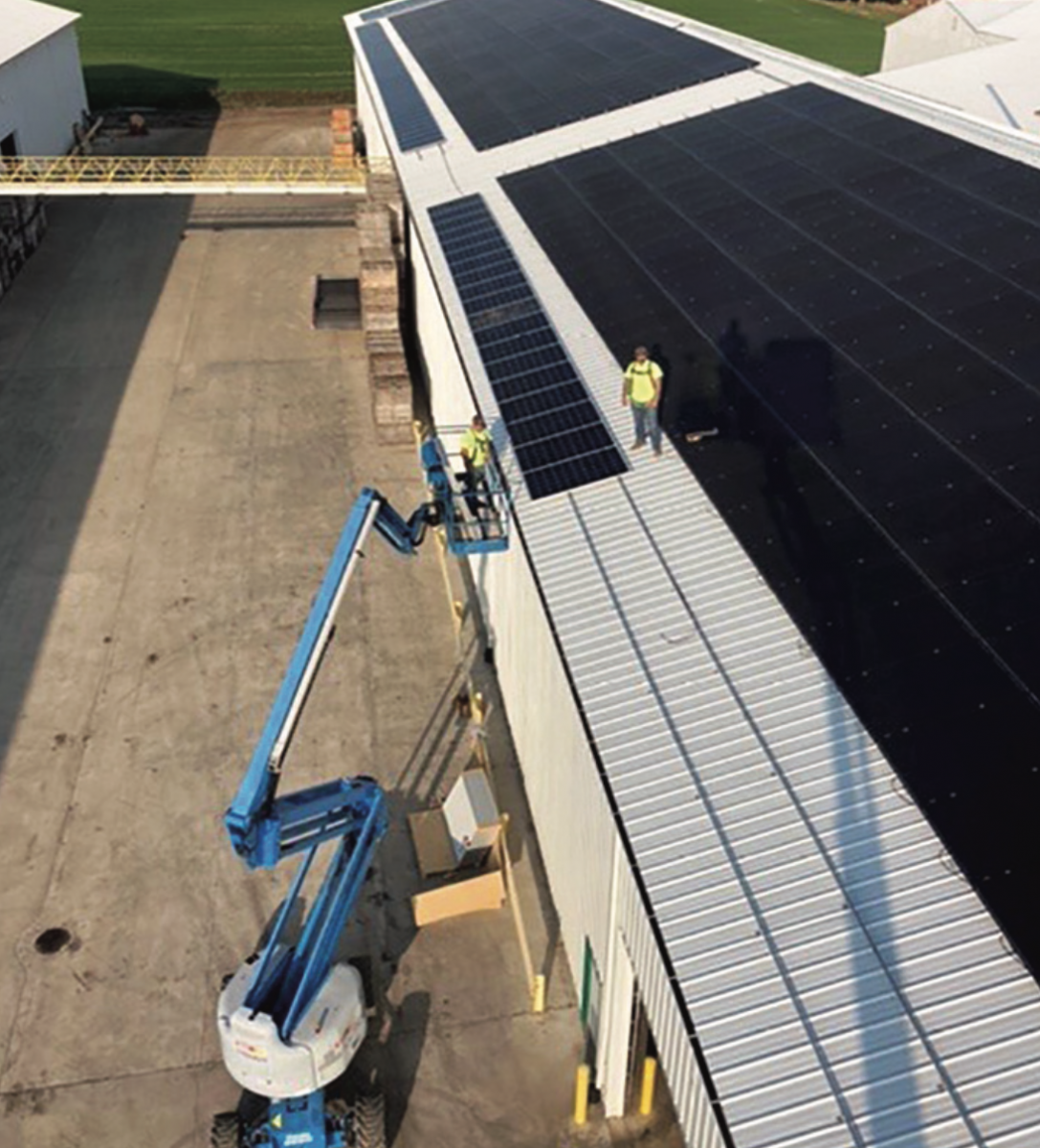 Working hard, communicating closely with the client about changes and timeline adjustments, and being willing to formulate design solutions for the team were the three key factors that allowed our team to complete this project in a satisfactory fashion without veering off schedule.  Fortuitously, the bumps along the road with this job helped make it a “forged in fire” situation improving our employees, who gained a deeper understanding of solar installations and their unique challenges than they might have found from a different, less strenuous undertaking.