Based in France, Materne Industries is known around the world for developing healthy snack products. In 2011, Materne North America began domestic production in the United States for the first time, establishing a production facility for its GoGo squeeZ brand in Traverse City, Michigan. At the time, Michigan had the highest unemployment rate in the country and the GoGo squeeZ facility brought more than 120 jobs to the state. The GoGo squeeZ brand, which makes on-the-go applesauce and other fruit-and-vegetable-based snacks, continues its production activities in northern Michigan to this day.

In 2019, Windemuller’s electrical and automation teams played key roles in the expansion of the Traverse City GoGo squeeZ facility. In order to meet new regulations from the Michigan Department of Environmental Quality, Materne North America and GoGo squeeZ needed to change the way they wasted their process water. Windemuller—collaborating with partners at Gosling Czubak, Grand Traverse Construction, and FHC—executed a design-build of a brand new in-house SBR (sequencing batch reactor) wastewater treatment plant. The new facility will allow GoGo squeeZ not only to meet new regulatory requirements, but will also enable the brand to be more efficient with its overall processing functions. Windemuller was in charge of the electrical and automation components of the new 480-volt system. Our teams built three custom control panels specifically for the project, hooked up all the pumps and other equipment, set up all fiber connections, installed new lighting, and integrated all of the system controls. 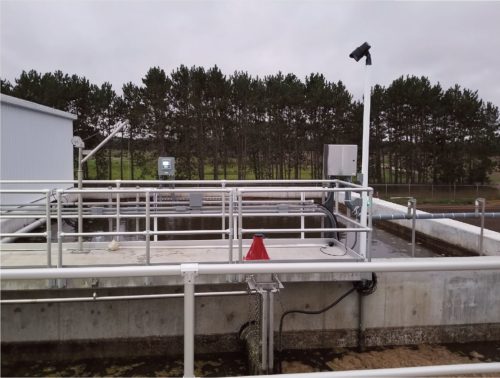 The Right Upgrades for the Best Treatment